Born Max Katz on the border of Poland and Austria in 1873 in the town of Ostrov. Migrated with his family to the United States in 1888.

Started busking at an early age in saloons working for tips juggling and magic. Max excelled in magic sleight of hand even though he had notoriously small hands. Max was known for impeccable timing, technique, a master at misdirection and he would go to great lengths to impact any effect with much advance preparation yet everything seemed very impromptu.

Malini is legendary for this style of impromptu magic and master this genre throughout his life. He was a genius when it came to expertly setting up the perfect time to present these effects leaving his audience absolutely mystified in disbelief with these impossible miracles out of nowhere.

Malini would be with a group of people in a bar playing little guessing games and quick tricks of surprises, borrow a gentleman’s derby, flip a coin, cover it with the derby and ask if the coin was heads or tails, when the derby was lifted, in place of the coin was a large block of ice.

Malini never discussed his craft with other magicians, sharing his unique methods or giving explanations to the curious magic community.

Malini was great at publicity, getting into the newspapers and having everyone talking about him.  Wherever he visited, the news would spread and the bookings would always be there for him, giving Max the opportunity to travel the world and perform for kings, queens, presidents, generals, heads of state, famous people and the wealthiest audiences where he traveled. Maliki lived by the motto “ You’ve got to go with people who have money if you want to make money”.

He died in Honolulu, on October 3, 1942. His last performances were for the military station in Hawaii which was the place he loved dearly  and the place where he started to really get his early success. 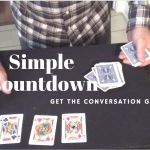 Get The Conversation Going 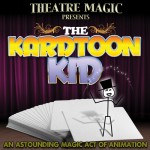