Who is Claude Conlin?

Know as Alexander “ The Man Who Knows”

A popular and highly paid mentalist.

A vaudeville magician who specialized in mentalism and psychic reading acts, dressed in Oriental style robes and a feathered turban, and often used a crystal ball as a prop.

Alexander promoted his psychic act as a form of mental telepathy or mind reading. Audience members gave him sealed questions, which he answered from the stage. His techniques were not revealed during his lifetime. He is credited as the inventor and/or popular developer of a number of electrical stage effects which were the forerunners of modern electronic stage effects.

Alexander invested a great deal of money into the production and printing of beautiful chromolithograph posters for his stage show. When he retired from the stage, he kept these in storage and eventually sold the unused posters and all of his stage equipment and props to a magic dealer, Robert Nelson, in Ohio in 1944. Nelson in turn sold portions of the stage show and many of the posters to another magician, Leon Mandrake, who toured in the Pacific Northwest during the 1950s under Alexander’s name in order to make use of the large supply of full-color posters. Thus, those who saw a show by “Alexander” in the 1950s actually were witnessing a recreation performance by Mandrake. 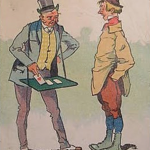 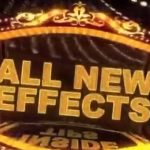