The Dancing Hank has a rich history and is still dazzling the audience every time the hank hits the dance floor. Its origin starts around the 1870’s and there are a few stories tied to its beginning, but most history accounts John Nevil Makelyne for being the creator of this timeless and now classic magic effect.

Spirit shows were popular at the time and in these shows cabinets were used and seemingly un-gimmicked apparatus was introduced. A simple gentlemen’s pocket handkerchief would be placed inside a miniature cabinet and it would “come alive”, so to speak by peeking out the doors of the cabinet. Eventually jumping to the floor where it would dance. More and more bits were developed over the years by Harry Kellar, Howard Thurston, Harry Willard, Blackstone Sr. And Harry Blackstone Jr. Ralph Adams introduced some clever variations which Doug Henning used in his shows for years.

David Copperfield debuted an incredible new presentation on this now classic piece of magic created by Don Wayne. This Copperfield version of the Dancing Hank help catapult his popularity because of how he created a love story based vignette around the routine.

As developments continued over the years and after the updated versions, the most advanced and latest effects brought to the hank, Sean Bogunia added multiple methods and more new developments of animating the handkerchief.

Many performers have featured this great effect in their shows and to this day and I believe for many, many years to come more variations will be developed and the presentation of the animated, dancing handkerchief will still amaze and astound audiences any where in the world even after over 100 years from its first appearance on the stage. It’s just that good and makes just that kind of effect on an audience.
We celebrate this incredible magic effect at The Great Magic Hall.
Here is a version and a variation developed by Steve Dusheck that anyone can learn how to perform with just a few minutes of practice.
Theatre Magic
Dancing Hank
Click Here 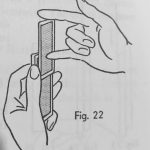 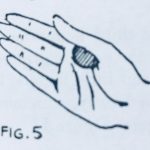