This is a wonderful routine to do with any 4 of a kind and at anytime.

The perfect follow up to any routine using a four of a kind.

The spectator turn the four aces face down.

The spectator shuffles the deck and places any three cards on each face down ace.

The magician mixes each packet of cards and the spectator turns over the top card of each packet and then places any packet on top of another packet until there is one packet.

Then there is a series of random shuffles with cards conniving that the cards are completely mixed and impossible to have control of any cards.

The face up / face down mixed cards are dealt into four piles.

The spectator again decides how the cards are arranged.

Once the spectator is convinced.

The magician spread the cards to reveal all the cards are now face down except the four aces.

A great routine to have ready because can be done at any time with any deck.

Sign up for our free subscription for Inside Theatre Magic and receive notifications to access our material. 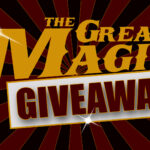 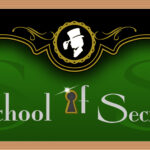